…began in Ohio with Image Ohio 18 before heading back to Arizona.

…was short as always. I participated in Infuse with fellow artist and dear friend Marisa Lewon, prepped for SPE and a trip to NYC with Neil. My artistic practice remained fairly spastic.

…started with a cross country flight to Philadelphia for the annual SPE national conference, spring break, Connecticut, Yale and NYC. I was blessed to make a quick trip home before returning to the desert once more where I finally felt I was gaining some insight into my work. 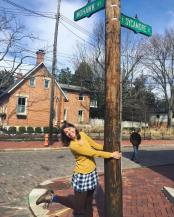 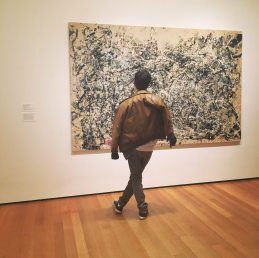 …came with a fabulous visit from my mom and aunt, a trip to The Essence of Tranquility (clothing optional) hot springs, Mount Lemon and Easter in Tombstone, Arizona. By the end of the month I had made it to San Diego with Marisa where I saw the Pacific Ocean for the very first time, and even though I got horribly sunburnt (also for the first time), it lives up to its reputation. 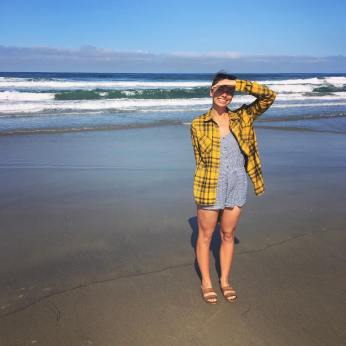 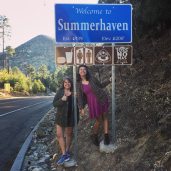 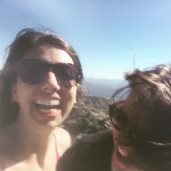 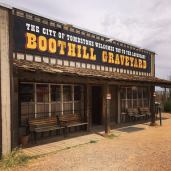 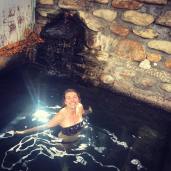 …brought Neil and the end of my first year of graduate school. I left year one having made a decent amount of work, but more importantly having grown substantially as a human. We made a 2,300 mile drive back to Ohio, visiting White Sands (go, and go at sunset), the plains of Texas (where, alone with my cat in a tent in the middle of nowhere, we weathered a horrendous storm), Hot Springs National Park and Shawnee National Forest along the way. I hadn’t seen rain in months; it rained every single day from Texas till Ohio. 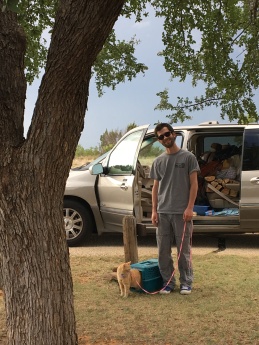 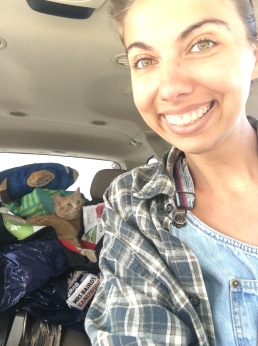 …gifted me the opportunity to show work at Wild Goose Creative as apart of a group show, Nostalgia, curated by the Sherrie Gallery. A version of this same show was exhibited as apart of The Short North’s September Gallery Hop.

…marked my 24th trip around the sun which was commemorated with mimosas and a visit to my favorite bar in Columbus. Neil gave me a copy of Sally Mann’s At Twelve and we celebrated our first anniversary with a bottle of Makers Mark. I was also featured in Voyage Phoenix Magazine. 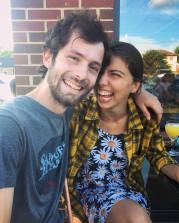 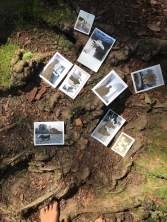 …began with my mom at Put in Bay (an island in the middle of Lake Erie) and a Spouts concert. Then Neil and I set off on a 3,000 mile road trip back to the desert, where I moved into a new apartment and began my second year of graduate school. This time we went north and visited Dinosaur National Monument (where you can, and I did, touch actual dinosaur bones), Canyonlands National Park, Arches National Park, Monument Valley and the Grand Canyon. 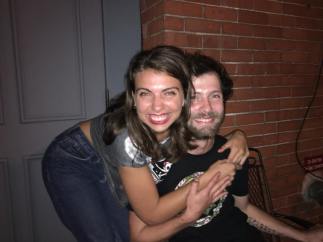 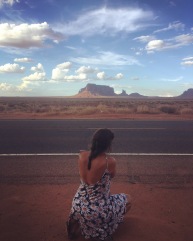 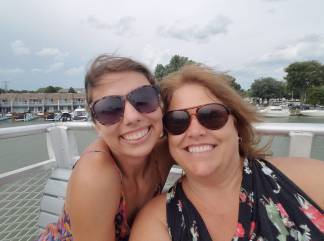 …was the month we lost my beautiful grandmother, something I am only just now beginning to process. Fortunately I was able to fly home and spend some long overdue quality time with family. I also visited Denver for a beautiful outdoor wedding among loved ones. Though most of this month and into October was clouded with depression wonderful family and amazing friends were a constant reminder to how blessed I truly am. 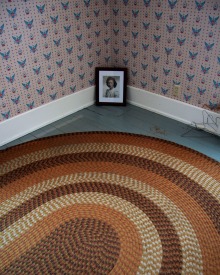 …made up for September’s lack of production. Most of the month was spent working towards my solo exhibition, Unborn, Unwed, Uninhabited. I was also one of seventeen adults squeezed into a white, fifteen passenger van on the way to Los Angeles (a seven hour drive that ended up taking eleven). While there we visited L.A. Louvre, The Broad, The Museum of Jurassic Technology, L.A.C.M.A, The Hammer, The Getty and a few other miscellaneous galleries. We stayed in Santa Monica and I was in awe of the sun setting over the Pacific Ocean.

…arrived with an amazing amount of opportunities to share my work. My solo exhibition, Unborn, Unwed, Uninhabited opened at the beginning of the month in Arizona. I also had work in three separate group shows: Soil & Dirt at Manifest in Cincinnati, Ohio, Family Photographs at Flower City Arts Center in Rochester, New York, and a popup show here in Tucson where I screened Campaign, my first video piece. I was able to fly home to make work at the abandoned American Standard Plant over Thanksgiving break, thanks to receiving a travel grant from The University of Arizona Graduate and Professional Student Council. We also sent a record number of women to Congress (way to go America!). 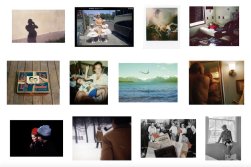 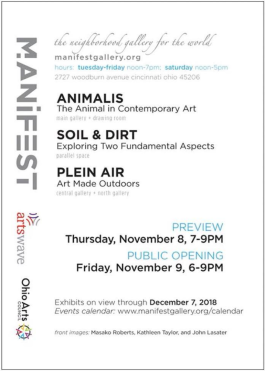 …was two short weeks from Thanksgiving to finals and back home to Ohio, where I now sit writing this post (post wisdom-teeth removal). In that brief period of time I had many meaningful discussions with students and faculty about the state of my work. I look forward to expanding my practice and sharing these new studio developments with all of you as they unfold.

Happy Holidays from me to you; cheers to another year of excitement, learning, fear and growth! May 2019 prove to be just as insightful. 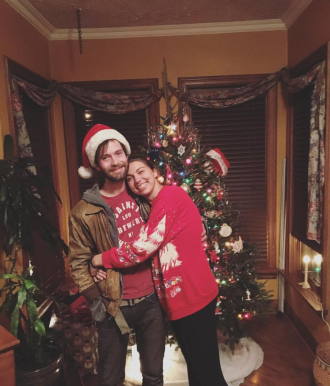 “To the attentive eye, each moment of the year has its own beauty, and in the same field, it beholds, every hour, a picture which was never seen before, and which shall never be seen again.” – Ralph Waldo Emerson, Nature

Get on the Fridge